As part of our guide to UX careers, Springboard interviewed a bunch of UX designers to get their inside insights on what made for a successful UX career.

Our good friends at UXPin asked us to flip that dynamic on its head in order to examine what successful designers have learned from their design failure:

Sandy is a UX designer at Rent the Runway who has seen her work featured on Forbes, Fast Company, and as part of Apple’s Keynote. She’s also the co-founder and head of product of Intellibins, an intelligent solution to where New Yorkers should recycle, and a mentor for UX students at Springboard. 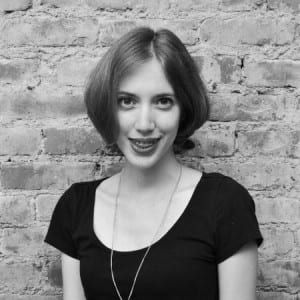 Frank Lloyd Wright once said, “A doctor can bury his mistakes, but an architect can only advise his clients to plant vines.”

A UX designer’s mistakes, luckily, do not have to bear the same gravity. If you have the right systems in place, failure is very much a part of the process. Who else has the advantage of being able to build, test, tear down, rebuild and retest without costly repercussions?

In art school I had a typography teacher who encouraged us to iterate on our project beyond what we thought was humanly possible, and had this to say about moving things around in InDesign: “It’s free”. It doesn’t cost anything to make 10, 100, or 500 more versions by sliding type around on the screen. You can bet that my version 10 mockup is always way better than my version 1 mockup, and I wouldn’t have gotten there if I didn’t do a couple dozen of failed (and often dumb) designs first.

One recent failure at our company happened when we did a huge revamp of an important part of our site. Tech, product, and UX all worked to improve both the technology that backed it, and the user experience. There was huge fanfare and excitement around launch, but shortly we soon found that it was not performing well and had to pull the release.

It was a huge blow to team morale, but we learned a number of valuable lessons. Now we release everything as part of an A/B test, avoid broad sweeping changes, test incrementally, separate major changes and detach tech framework improvements from UX improvements.

That’s why I like working product side as opposed to agency side. In an agency, you might send off work for a client and never hear from them again. On the product side, you have a responsibility to clean up your mess and therefore a built-in obligation to learn from your failures.

Eva runs her own company (Red Pill UX) based in Boston, is a regular at events of the UXPA Boston, of which she is the former President. 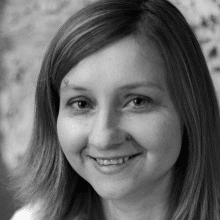 The biggest design mistake I’ve ever made has been not involving stakeholders in helping me execute research and design.

It can result in two negative outcomes: the first is that stakeholders remain apathetic and passive and have very little connection to the final design. The second is that their only level of engagement is what’s colorfully called  ‘swoop n’ poop,’ or tearing apart a design they don’t feel any ownership about.

For me, the solution can be summed up in one word, “workshop,” and it means making every design and research activity as engaging as possible. I’m not going to lie, it can be quite difficult to change stakeholders from passive receivers of information into engaged collaborators, but here are some simple examples of where to start:

The second part of the workshop puzzle is developing a toolkit of visual thinking methods (empathy mapping, dot voting, affinity diagramming to name a few of over a hundred out there), and running structured design workshops that incorporate those methods.

Taking the workshop approach definitely takes more, well, work, but the payoff is worth it: a better design, and a happier project team.

Emily is a guardian of design who hones her craft as a UI/UX designer at the MIT Technology Review and as a mentor teaching UX learners at Springboard. Her personal website highlights her obsession with Harry Potter and calligraphy. 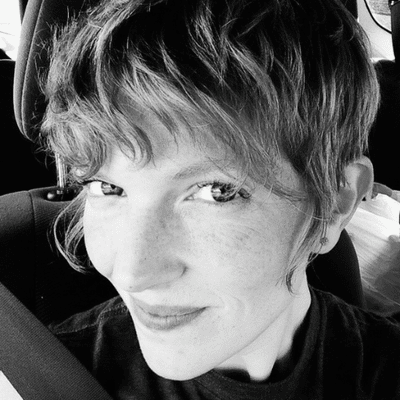 Failure in design is essential and unavoidable. Designers have a strong tendency and desire to finesse and tweak things inside a bubble, but designing in isolation is risky.

Every time we show our work to other people, whether it’s fellow designers or users, we have to put down our egos and accept that we may have created something that doesn’t work the way that we imagined. It can be a little hard to swallow at first, but it quickly becomes an invaluable way to solve problems along the way.

Instead of waiting until a big launch to release things into the wild for the first time, share your work as often as you can.

Once you see failure as an essential part of the process, it becomes less intimidating to put your work in front of other people. Failure in design is a problem-solving tool unlike any other.

I always say that I have to get all my bad ideas out to get to the good ones.

It’s okay to fail – It’s excellent, even. Failing in design should feel great because it’s a sign that you’re one step closer to the right thing.

Lis has worked with a number of companies, large and small, to create technology products, – like espnw.com and nba.com, that change people’s lives in a meaningful way. She also serves as an Advisory Board Member for Future Insights events. 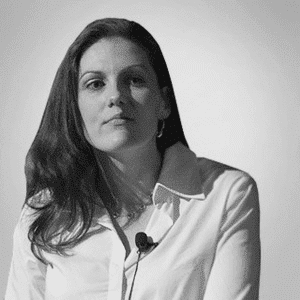 Early on in my career, I learned one crucial lesson that shaped the way that I work: everyone on the project really is on the same team.

In the beginning of my career I saw, and was told, that there was the design team and then everyone else. The tech team, business team, brand team and the marketing team were all separate.

I took that to heart as comments and my frustration skyrocketed as requests that I thought were absurd trickled in from these “other teams”. Many of my fellow designers have probably felt this way before.

But over time, and after many failures from  not involving the rest of the project team for buy-in, I saw that we were all working towards the same big goal. Personal design goals were no longer as important as project goals.

Described as a design psychologist and brand strategist, Joshua has worked with companies like Wendy’s and the New York Times to help connect with their customers and increase their revenues. You listen to what he has to say on his blog, Twitter and Candorem, the company he runs. 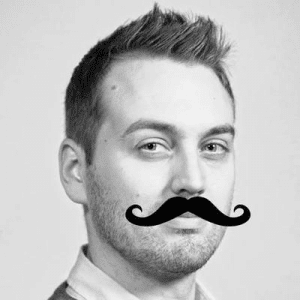 I think this may be part of an overall growth for many designers, especially those that focus heavily on user behavior and user experience, but a pivotal moment is realizing that people don’t know what they want.

When I say people, I mean clients, customers, or leads you may be generating for a business.

There is a small motivating force that gets them to open that door. To visit your website. To consume your marketing message. There is a problem that needs a solution. But, for the most part, people don’t know what that solution is yet. It’s your job to outline the solution in a language that speaks to them clearly without the trappings of marketing jargon.

But, as the designer, you are the professional. You are the “expert”. If they choose to do business with you, and you choose to work with them, there needs to be a clear understanding that the right solution may not be what they expect. Otherwise, they probably just want someone to do what they ask. You don’t want to work with those clients.

When we do user testing, competitive analysis, or marketing audits at Candorem, we sift through potentially 30-40 of hours of feedback, surveys, workshops, and information. In a general sense, anyone could capture that information but what makes us special is knowing how to distill that into a strategy.

It reminds me of designers complaining about clients who want to make logos bigger, use brighter colors, or make it “pop” more. That just means you aren’t doing a good job distilling, or communicating, the needs of your customer. They don’t want you to literally make the logo larger or use brighter colors. They want you to better focus the attention of a potential customer.

Design is a language. A very nuanced language that is about reading between the lines and answering questions before they’re raised.

The biggest lesson is taking the time to dig deeper. To understand why something is a problem and not the simple fact that there is a problem at all.

Julia worked with Dell, VMWare and TripIt before settling into her role mentoring UX learners at Springboard, General Assembly, CareerFoundry, and DesignLab. 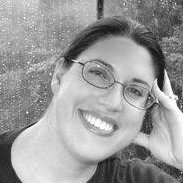 Just because it’s called Agile, doesn’t mean you are working in the agile methodology.

A few prior places I worked considered sprints enough of an agile methodology. However, teams fall into the trap of just not chunking up work well and another sprint is added, and another, until the project is finished. This leads to missing deadlines and failing stakeholders.

What I learned from is to break up my work into small pieces and work very collaboratively with developers.

Second Lesson: Being a leader when you are not a manager.

Working at a company with no design culture can be depressing. Instilling that culture without “authority” can be a challenge.

However, I learned over the years that just a few simple activities can help bring a team together, such as:

You don’t need to have a title to do most of these things. You just need the willingness and to make the effort to carve out the time.

I now do many of these activities starting in the first month of employment at a new job, and I’ve learned it can significantly improve the success of the design team in the long run.

If you enjoyed this piece, check out the free e-book UX Design Process Best Practices.

Across 100+ pages, you’ll get advice for process and documentation for each stage of UX design.