In the world of mobile app development, prototypes mean introductory versions of concepts or ideas. App developers or entrepreneurs typically draw upon prototypes as a means of establishing the genuine versions of their app before actually investing time and money developing it.

If you have an app idea, then it may be in your greatest interest to get a prototype for it. People who excel in custom app development know the benefits of prototyping their ideas, validating them and consulting with more experienced people in the industry. Prototyping has the ability to reduce the cost of app development dramatically.

Here are the top reasons why you should get prototypes for your MVP:

Ideas are a brilliant and thrilling thing. People need to think about reality, however, because ideas just aren’t sufficient. If you want to dazzle potential investors who may be able to invest in your MVP, then you need to give them more than an idea alone.

You need to give your investors and potential users the version of the “real” thing, and there’s no better way to do that than through prototypes. Prototypes help people accurately visualize your app, understand what problems your app intends to solve, and how it plans to solve those. While your ideas can be profitable, having a prototype actually helps you avoid common pitfalls in app development.

The process of prototyping can help entrepreneurs and developers gain constructive criticisms that will help them further assess if their ideas are actually worth it. If you aren’t able to receive feedback, then you may end up floundering rapidly.

Constructive criticism can prepare you for possible problems that you may encounter as you go and build your app. If you want to be able to tackle setbacks, then you should start by creating a prototype that does an excellent job of portraying your concept well.

Transparency can mean so much in the business world. Prototypes can actually provide investors an overview of the monetization models for the app, as well as the ROI they can expect based on the features of the app. The prototype can give them an idea about whether or not you will offer paid subscriptions, in-app-purchases or paid content and how long they can expect the ROI given the monetization models you’re opting for.

4. The Ease of Visuals

If you want to convince an investor to put money and energy into your big app idea, then having visuals at your disposal can make a huge impact. Prototypes beat written ideas time and time again. Words honestly can’t compete with things that people can actually see, touch or experience.

On the side of the users, if you are marketing to women especially, visuals can really help trigger women to purchase from the app. In the case of prototyping a fashion app, it’s important to have a perfect balance and harmony of colors. 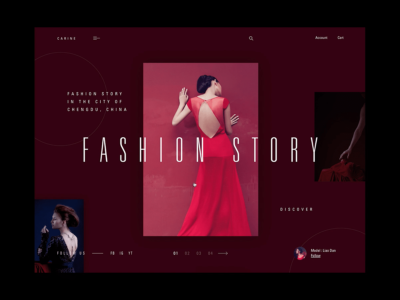 Constructive criticism, as indicated previously, is essential for people who want to push forward with their idea. It can sometimes be tough for people to actually secure authentic feedback, though. If you want to get your hands on feedback that can assist you with decisions for the future, it may be smart to put a prototype together.

Prototypes motivate people to make comments because it allow them to actually test the app themselves. If they find it confusing to do what they intend to do when they test your prototype, they’re likely to provide feedback that allows you to make your app simpler and more customer-focused.

According to Mobile Marketing research firm Localytics, 21% of people only use an app once after downloading it. The low retention rates could be because of different factors, but it’s crucial to understand the behavior of users and find ways to engage them and encourage them to continue using your app.

Prototypes unlock user experience issues that you may have never thought of. You can then make adjustments when you’re actually building the app. For example, you noticed that a certain button on the prototype is clicked a lot less often than the other buttons, you can then analyze why. Is the font not readable? Does the button get in the way or distract users? The list could go on. Your prototype allows you to observe user behavior and develop your app in a better and engaging way.

Prototypes do not only reduce the cost of app development, but also allow you to focus on things that matter to users. Prototyping your app ideas in design tools like UXPin lightens your workload and the developers’ load because it sets a clear path of what users want to see and how they want to use your app.