When it comes to helping users manipulate on-page content, we see a few popular UI patterns persist through the years.

In this piece, we’ll explore examples and best practices for the following patterns: 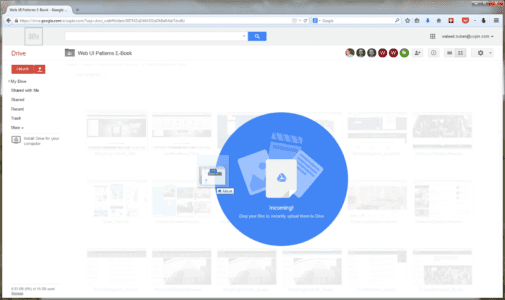 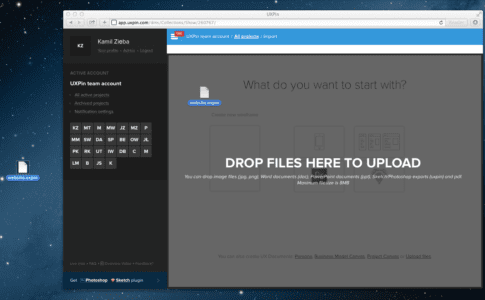 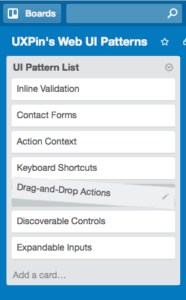 The drag-and-drop functionality is a preferred method of organization for most users: it’s intuitive because it’s based on reality, and often something user try instinctually when first using a UI.

Drag-and-drop provides a level of direct manipulation that other methods can’t match. While it’s more organic with the gesture controls of mobile, it has already become ingrained on desktop sites as the most effective way to rearrange items in a list, or move documents from one place to another. 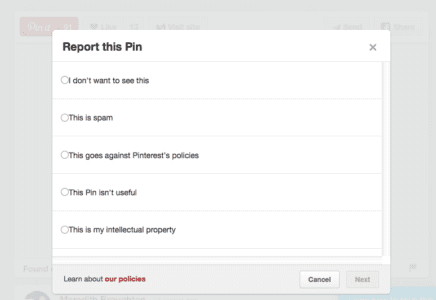 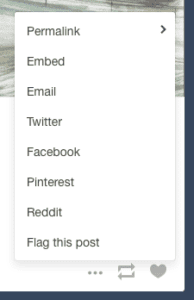 Inappropriate content gets in the way of user task flows.

This pattern takes the pressure off you to regulate every piece of content that comes through your site, and gives the users themselves some authority, which they appreciate. 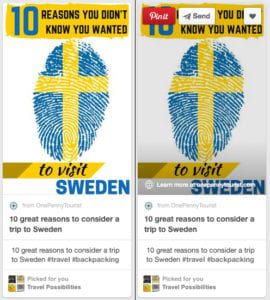 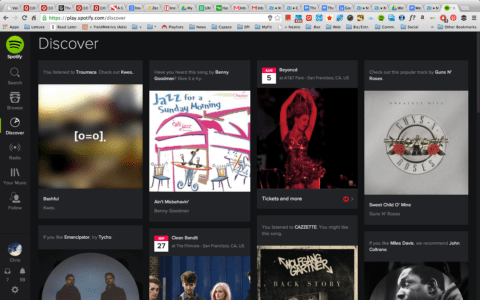 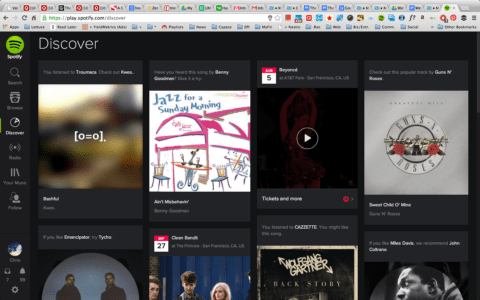 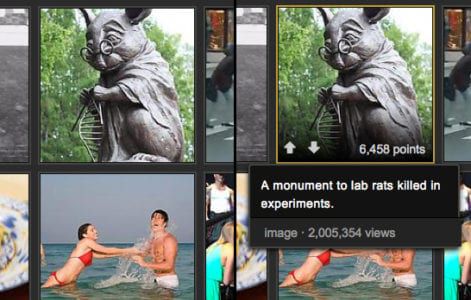 Displaying controls for each piece of content clutters the screen.

Hide the controls until they’re needed. Discoverable controls (a.k.a., hover or hidden controls) are one of the most useful UI patterns, and widely adopted. They are so popular, in fact, that if users are confused, they will now hover over questionable items expecting something to appear.

Discoverable controls are an effective space-saver without sacrificing user functions.

This pattern also makes the controls more comprehensive, especially together with the card grid (a common pairing). Discoverable controls make it clear which card the controls apply to. Universal controls can get confusing with multiple posts, so having the controls appear within the post itself clears this up. 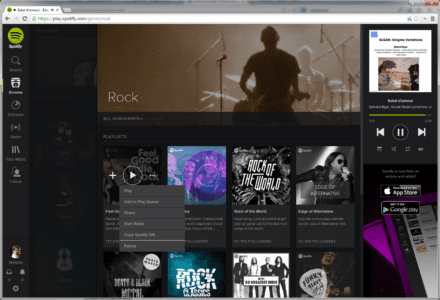 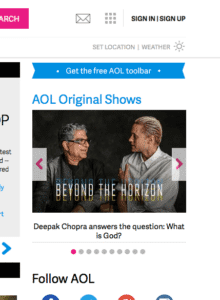 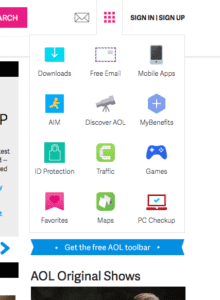 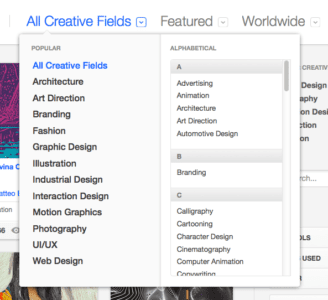 Too many options are cluttering the screen.

Move the extra options to a second menu. Overflow menus are a smaller, more manageable alternative to slideouts.

Overflow menus present all the secondary options that aren’t necessary and keep them hidden unless they’re needed. These could hide links (like the extra page links in AOL’s grid icon)  showcase controls, as with Spotify or more detailed features (like the advanced search in Behance).

In fact, Behance demonstrates the ideal use of the overflow menu: detailed search is a useful but not primary feature, and so can be hidden from the main screen. 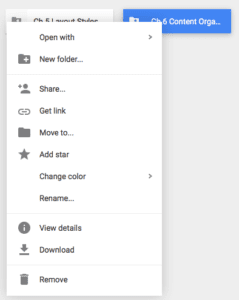 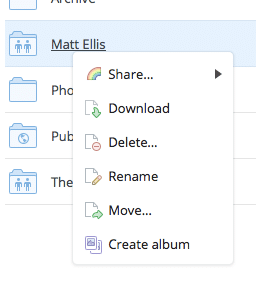 The controls within context menus change depending on the content. 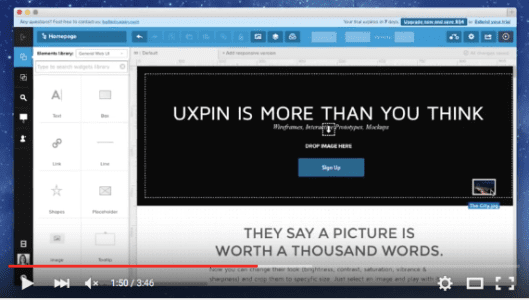 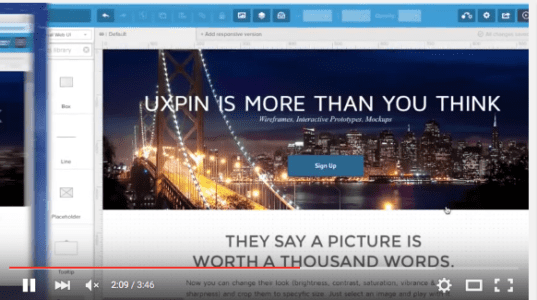 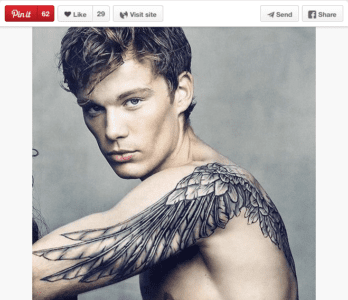 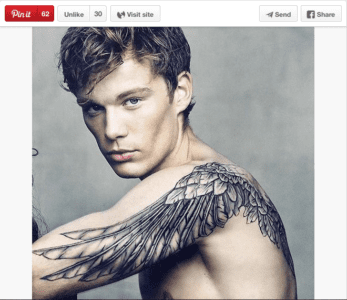 Some controls don’t need to be displayed at the same time, and clutter the screen.

Morphing controls save screen space and make a more logical interface. The most obvious example, from YouTube and almost every video site, is the play button that becomes a pause button — the play and pause functions never need to be displayed simultaneously.

This pattern works great for usability, as related but opposing functions are located in the same space, which matches how the user perceives and therefore search for the actions. 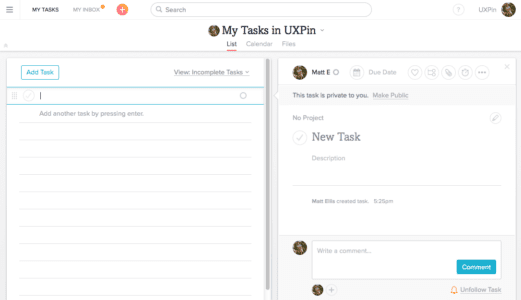 Eliminate extra steps by allowing users to edit, delete, or add content in the same mode. Essentially, the less steps the user takes, the better, so this pattern is about increasing efficiency.

Twitter users can drag photos into the tweet without opening the Media menu, and Wunderlist users can edit the names of their tasks by simply clicking on them.

Asana, though, handles this pattern the best. Without opening a new menu or switching screens, the user can add a new task, edit an existing task’s name or details, assign a task to a project, change the task’s privacy settings, comment on the task, unfollow it, or reorganize the order of tasks. 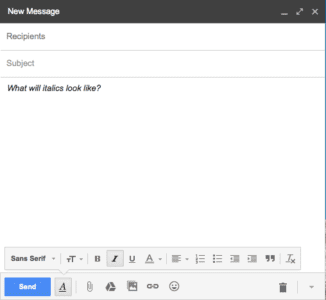 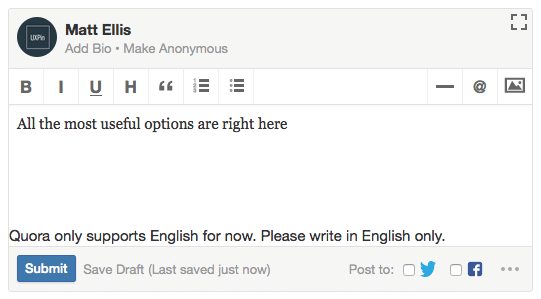 The user is unsure about how different text formats will appear.

A WYSIWYG text editor shows the users precisely how their text will look when finished, eliminating all the confusion about different formats and superseding markdown formatting, preview modes, or HTML code.

Just like the direct manipulation pattern above, WYSIWYG text editors save steps and time. Seeing the final product as they write it combines steps, which is why this pattern is implemented in almost all blogging and email platforms.

If you found this post useful, check out the full length e-book Web UI Patterns 2016 Volume 1. 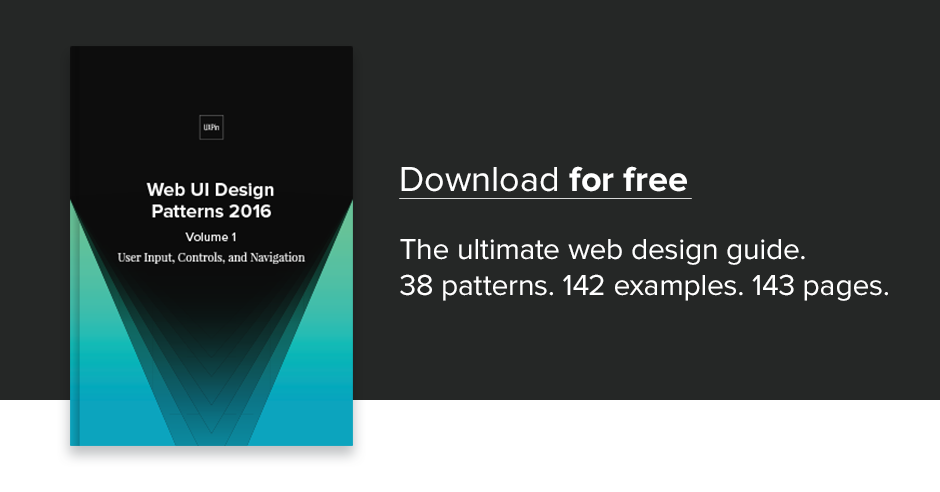