We all know that Agile UX is a collaboration between basic UX principles and the iterative Agile framework.

The team usually focuses on 1-3 features at a time in a weekly or monthly sprint.  These sprints usually consist of repeating the following cycle:

Of course, this isn’t how it always plays out.

Sometimes UX designers are seen as unwanted outsiders to a development team’s autonomy. The relationship between UX and development need not be adversarial, however. It just takes some creative thinking, prioritization, and of course a lot of realistic collaboration.

Whether you’re a product manager, UX leader, or product designer, we’ll explain some realistic tips for improving your Agile UX process based on the experience of the UXPin design team and advice sourced from experts.

1.Work Ahead of Developers

If UX designers are still being seen as outsiders, it pays to be diplomatic in your approach. Encourage designers to adapt to the daily routines and workflows of the developers. Familiarize yourself with the agile process and more specifically the Scrum roles and schedules. Follow these closely and insert your work within the overall structure as needed. 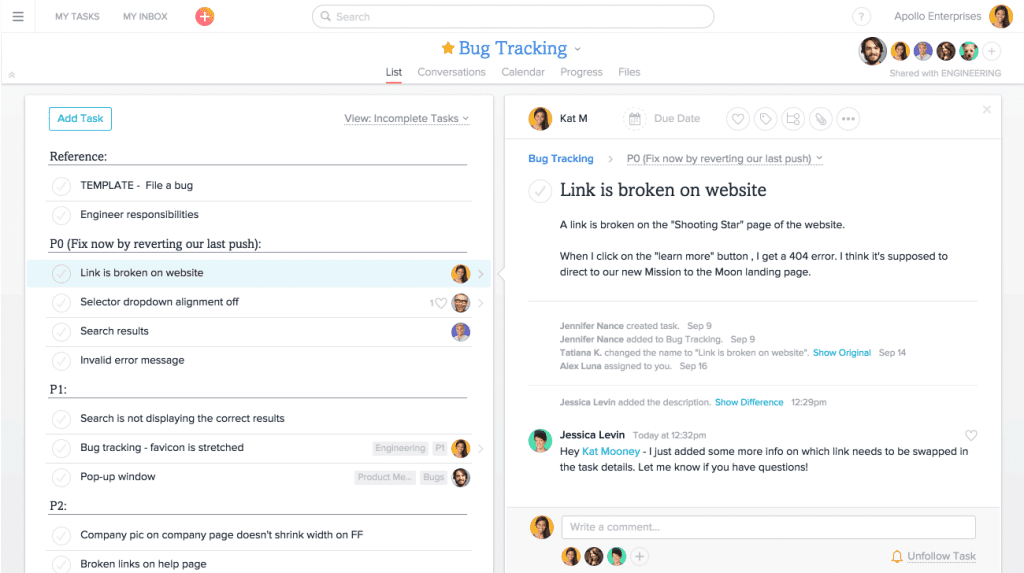 In fact, the Nielsen Norman group recommends that the UX team act as a sort of gatekeeper role. As such, UX designers should deliver prototypes and usability testing results at least one sprint ahead of the development team’s sprint. To take collaboration a step further, the UX team can also invite developers to watch some usability testing sessions so they can immediately understand the reasoning for certain iterations.

It’s imperative that the UX team lead the process, starting off with usability tests, user research, prototypes, and a broad idea of the overall structure of the final product. Kanban Boards can be extremely useful in establishing priorities from all sides and organizing a useful workflow.

2. Treat Collaboration As a Continual Process, Not a Phase

Make sure that everyone is aligned to the workflow before getting too deeply entrenched in the process. Don’t assume that developers and designers only need to collaborate when carving out the requirements or finalizing the high-fi prototypes.

Have a developer review the UX team’s work and vice versa, whenever possible. Even at the earliest stages. It can be very helpful to dedicate a developer to the UX team in their initial planning sprint. Developers can point out logistical problems a UX designer might not perceive on their first go round.

As recommended in the free Agile UX Survival Guide, treat documentation as a method of collaboration. For instance, when starting a design project, the team can align to an overall project brief with rough requirements outlined. As the work progresses, allow the prototype to serve as living documentation (with the brief as a reference point). 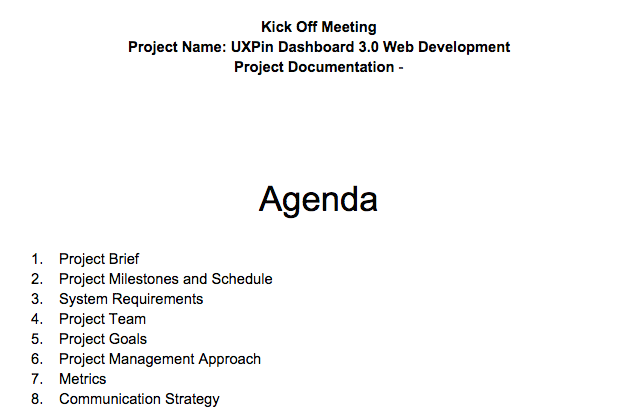 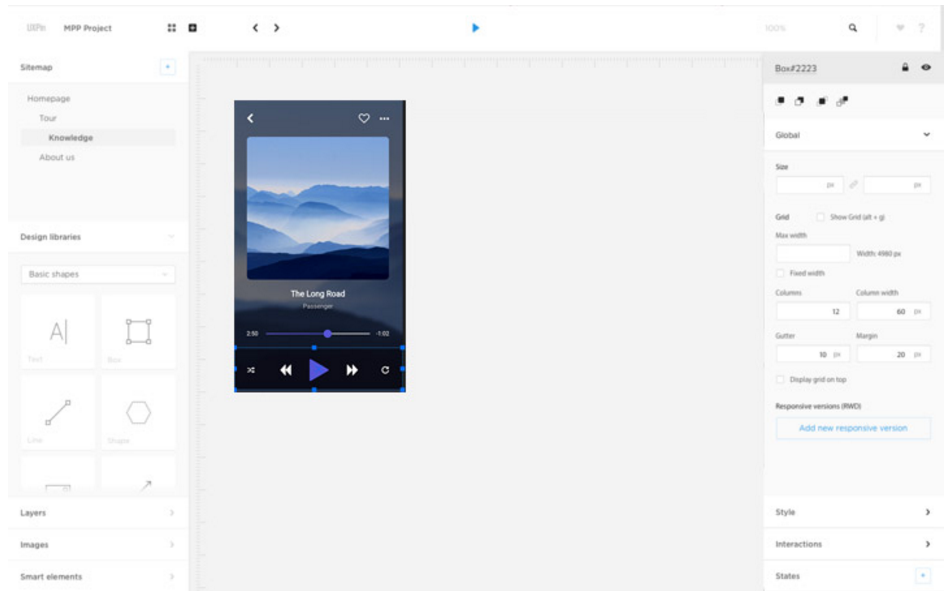 At the beginning of a design project,  you can also try designating someone on the team as the Product Lead and another person as the Technical Lead.

For example, during the UXPin 3.0 redesign, UX designer Bartek Debicki was designated the Product Lead while a senior developer Kamil Wysoscki was the Technical Lead. They were given full autonomy to determine requirements, conduct usability tests, and work on prototypes together for the 3 features they delivered. As a result, much less documentation was required since the two collaborated so closely.

The more closely you can work with one another, the stronger your system of checks-and-balances for preventing scope creep and managing stakeholder expectations. Remember that design and development are two sides of the same brain.

Because one of the primary principles of the Agile process is to iterate quickly and consistently, a lot of UX problems may end up getting swept under the rug.

One way to address this, as recommended by Roy Man in this article, is to make a project day specifically dedicated to eliminate “cheese.”

What is cheese exactly? Points of user friction that may not be bugs exactly, but nevertheless represent a compromise in overall user experience. To elaborate, cheese might be something like:

Basically, anything that could be construed as irritating from a user perspective.

To address these issues, make a list of probable cheese well in advance, at least 21-30 days. And have the entire team contribute to the list – not just the UX folks, but developers as well.

Prioritize the items on said list and classify them by difficulty. Then allocate a day to run through each issue and eliminate your cheese.

4. Be Flexible With Standup Meetings

If developers and designers on your product team already communicate effectively with each other, you don’t need to run through all the motions of a standup meeting just for the sake of doing it. 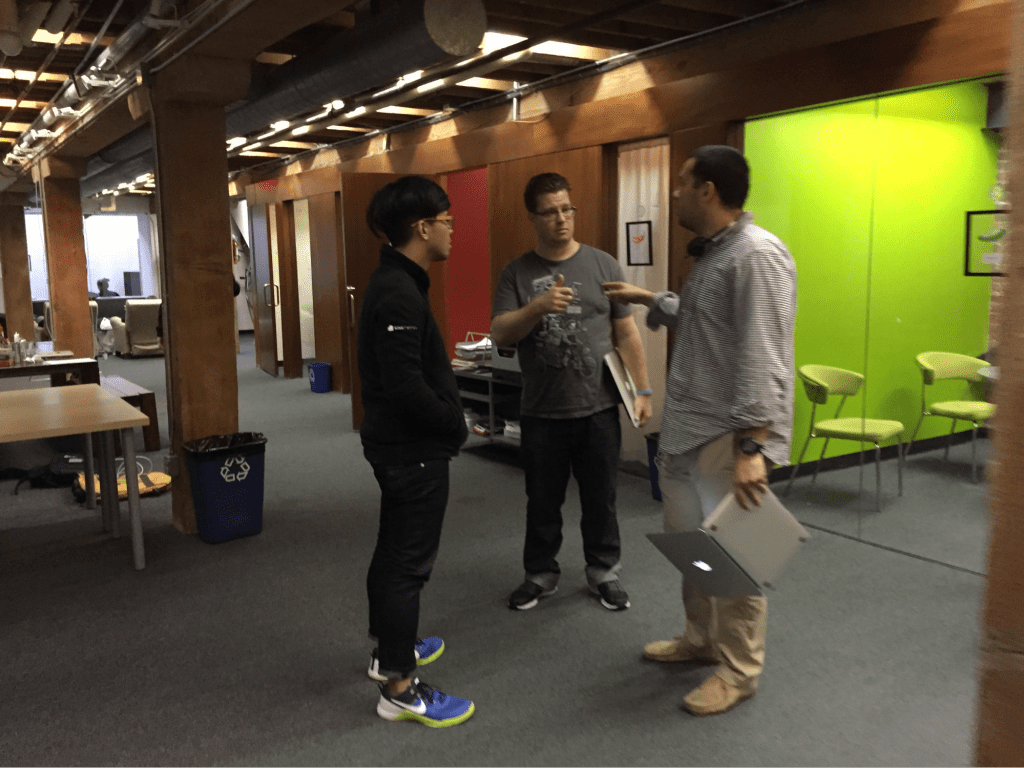 For instance, if your developers and designers sit in the same pods and hold plenty of over-the-shoulder sessions, you can likely get away with 1-2 standups per week (which is what UXPin does in their Polish office). For a remote team, or even a totally remote company like Buffer, daily standups become much more practical.

Just remember that a standup meeting that lasts 2 minutes but clarifies a single blocker (e.g. a UX designer is still waiting on developer feedback) is much more efficient than 15 minutes of show-and-tell.

You only need to clarify the following information:

Meetings are a necessary evil. Don’t be afraid to politely interrupt if someone is diving into too much detail during the standup. Once you’ve identified the issue, take it offline and let everyone else get on with their day.

The buzz word here for the skimmers is collaboration.

“The user comes first” is so often parroted as an industry maxim, but UX professionals might not be prioritized when it comes time to build a budget or timeline.

The best way to work in a more Agile manner is to gradually ease your team into it. For large companies entrenched in waterfall, your best bet might be an “almost Agile” process that fits somewhere in the middle.

Embrace the spirit behind Agile UX. Then, adapt the workflow to whatever helps your particular team break free from the handoff habit. Agile UX in practice rarely goes according to theory, and that’s totally fine.

As long as everyone is communicating, learning, and building the product momentum, you’ll refine the process in no time.

If you found this post useful, check out the free Agile UX Survival Guide by product manager Germaine Satia. She offers straightforward advice for product teams based on her 14 years of experience.