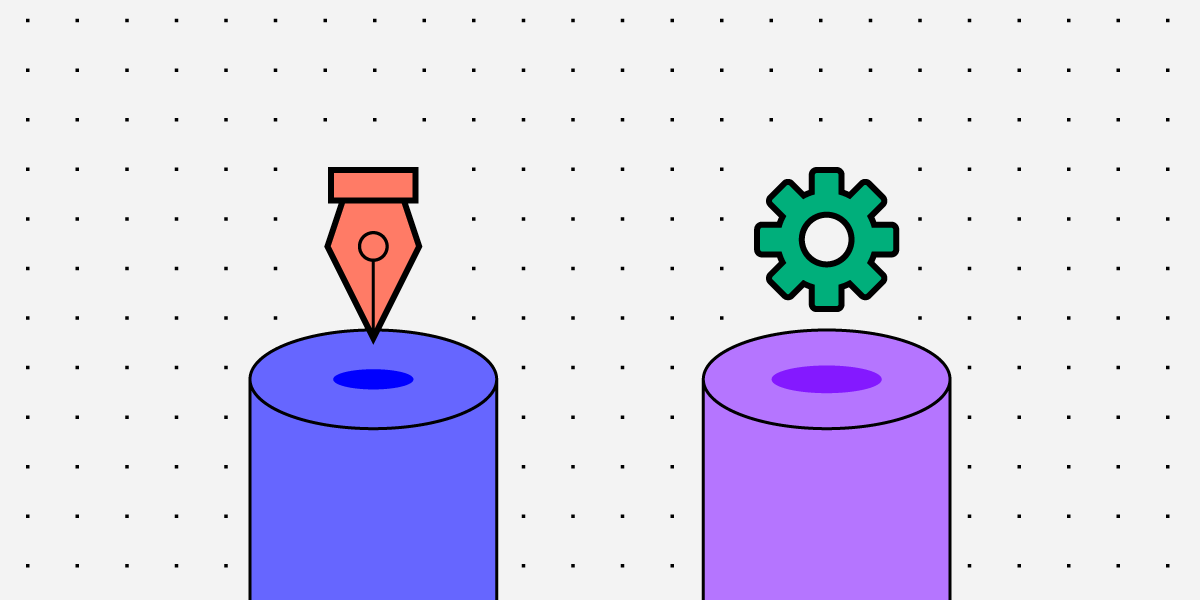 The gap between designers and developers often slows workflows and makes it harder to bring products to market. Without strong collaboration between your design and development product teams, you will likely find that your company has to correct a lot of mistakes before you can finalize a product and release it to consumers.

You don’t have to tolerate the designer-developer gap. The following tips will bring them closer together, improve your process, and lead to better user experiences. 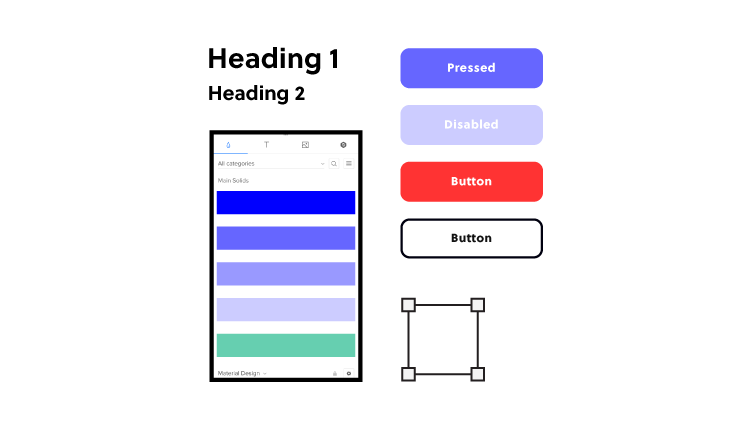 Creating a design system that uses the same components for designers and developers is the most important thing you can do to bridge the gap between teams. Your design system should provide everything that your people need during the designing and coding phases, including the product’s approved:

You can improve every step of production by using the same design system for your designers and developers so that they don’t waste time on deciding which font or color to use, and how to code this button and that form. Traditionally, companies struggle with this approach because they take an image-based approach to building products and you need to put a lot of effort to maintain the design system. After the design team finishes its work, developers need to find ways to make components functional. A code-based approach eliminates the gap by giving designers and developers access to a real single source of truth that can be reused anytime.

Ready with your design system?  Go one step further with UXPin Merge – the technology of coded components. It lets users import and keep in sync coded components from GIT repositories to the UXPin Editor.

Imported components are 100% identical to the components used by developers during the development process. It means that components are going to look, feel and function (interactions, data) just like the real product experienced by the end-users and they are consistent with your design system and production-ready! It means that not only do you bridge the gap between design and development, but also cut down the time to market as it takes much less time to both design and code a digital product.

Your designer and development teams need easy ways to communicate with each other. Not too long ago, you had limited ways to improve communication between teams. You could have them share a workspace or add everyone to a social media group.

Today, you have ample tools to improve communication and collaboration, even when your team members work remotely. Some of your best options include applications like:

When you need a replacement for face-to-face conversations, you can use video conferencing apps like:

The easier communication becomes, the more likely your team members are to talk to each other. Give them the tools they need to stay in contact and build professional relationships.

Teammates get left out of critical brainstorm sessions far too often. The project manager might think to invite the development team’s leader for insight into the challenges of adding certain features to a product.

Get more designers and developers involved in brainstorming sessions to build camaraderie, share ideas, and discover innovative concepts that you might have missed without everyone’s participation.

You can make your brainstorming sessions more successful by:

As an extra benefit, getting more people involved in the initial steps of product development will show departments that everyone has something useful to offer regardless of the role they play within the company.

Unless your UX designers and web developers spend a lot of time working together, they might not know much about the roles they play in product creation. Introducing your team to the basic terminology and types of work that other group performs could help bridge the communication gap in your design process.

That doesn’t mean everyone needs to share skill sets. They just need to know enough to communicate and grasp the nature of what other people contribute.

Knowledge for your designers

Your web design team doesn’t need to learn how to code—although they might want to pick up some basic HTML skills—but they should know the popular tools used by developers. That includes programming languages like:

Knowing about essential web development tools like JQuery should help your designers understand the amount of work involved in their requests. If nothing else, they should gain a deeper respect for the jobs developers do.

Knowledge for your front-end and back-end developers

Developers need a lot of technical knowledge and coding skills to turn designs into interactive components. Some of them might mistakenly believe that designers do less work than them. From an outsider’s perspective, it could seem that designers do little more than play with Adobe Photoshop.

Of course, designers also have extraordinary skills that contribute to product usability and popularity. Your coders should know that designers have years of experience:

When everyone understands their colleagues’ levels of expertise, you might see improved respect and teamwork across teams.

Adopt UXPin Merge to bridge the gap between designers and developers

Request access to UXPin Merge to experience the benefits of code-based design that encourages collaboration between your teams.