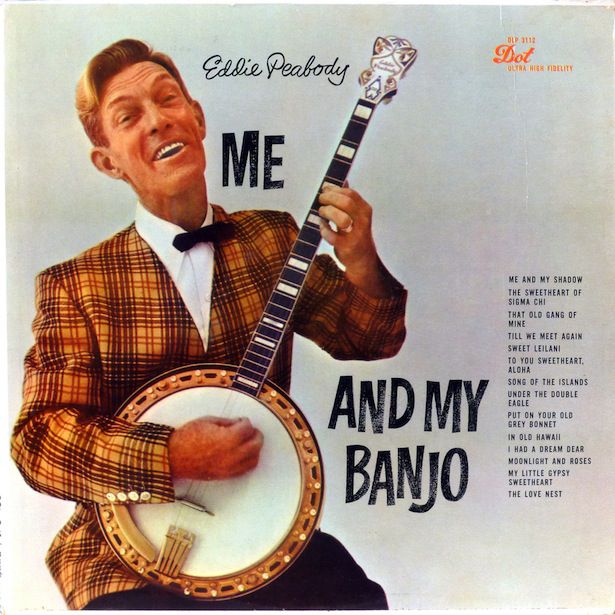 Should UX designers know how to code? Should designers code?

To answer the question whether designers should code we need to take a short ride into the nature of the web development.

Design wasn’t an initial part of the web revolution. Sad but true. We needed to fight for our place in the web development process. And it wasn’t easy.

If you remember the first version of e.g. Yahoo you can easily understand that while coding was already in place, design was the song of, back then, unforeseeable future.

It was important to have a website, rather than to have a website that creates a great user experience. Obstacles in the interface were treated with a great deal of understanding. People were so excited to be online, that they couldn’t be bothered with minor shortcomings. Just think about it… in 1995 people were extremely happy with Windows 95.

When competition finally arrived, term “usability” started to become popular and webmasters were expected to create something usable.

The last 15 years changed everything. Design is generally considered just as important as technology. User Experience Design became the key to success and it’s hard to imagine any grown-up company, without UXers on board.

Today designers are meant to design and coders/developers/programmers are out there to code amazing things. Both positions have been forced to split apart, just because both became equally important. The web started to get fully professional and there’s no time to play unicorns *.

As Roger Belveal said on Quora: “Some people can play the piano and the banjo, but when they play them both at once it sounds really crappy.” (recommended read on this subject, also by Roger: Yes Virginia, About Unicorns).

Professionalism equals the ability to stay focused. Successful products need people with different perspectives, working together and staying focused on their greatest strengths.

Coding designers and designing developers don’t (usually) know nearly enough about the alien field to work efficiently. The result is unsatisfactory and as Jared Zimmerman, said on Quora: “(they) end up only coding what they can design or designing within their limited coding abilities.”. That’s definitely not something that anybody dreams of. We want perfect design and perfect code for our products, right?

We want people from different fields to have common means of communication. We want them to understand each other.

Danilo Campos summed that up beautifully: “A designer can be more successful by understanding the technological constraints behind whatever medium he or she designs for. An understanding of how certain approaches are “cheap” either in terms of development time or in terms of computational practicality can ensure that design makes it out of a mockup and into some shipping software.

It’s great for a developer and designer to share skills because then they can use the same vocabulary. Anything that improves communication is, clearly, going to be a good idea.

And it goes both ways. Developers are well-served to understand design. They know what their code can do, and they know which approaches are resource-efficient. How nice when a developer can suggest a useful design opportunity they already know how to implement.

Design and development are neatly convergent – everyone wins when they understand more of both.”

And this is something that I strongly agree with. We don’t need coding designers and designing coders – we need people who can communicate, respect and understand each other.

Great developers and designers working together will grasp a little bit of knowledge from each other which will set the foundation for efficient collaboration.

Say no to unicorns*. Appreciate differences. 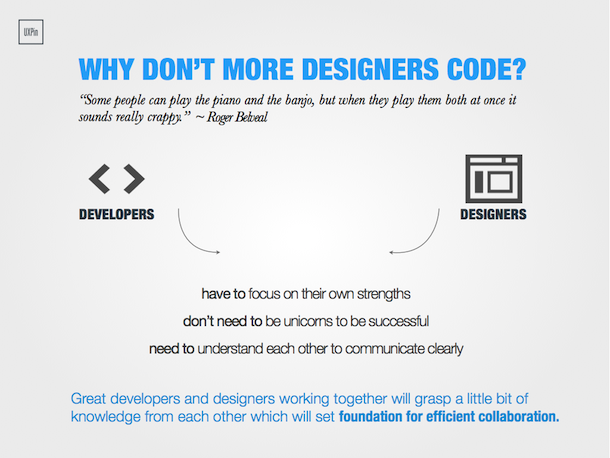 * A unicorn – designer who can design, code, manage projects and prepare thai food.