Want to Convert Design To Code? Here’s A Better Way

Whether creating a web page, Android app, or iOS app, most traditional designers start their work by creating static images with tools like Adobe XD, Figma, Invision, and Photoshop. The designs might look aesthetically pleasing but they are not even close to being production-ready.

After the designing phase, you need to add interactions that will show the developers and testers how components correspond with one another. Then, you handle the static images or time-consuming interactive prototypes to developers who turn designs into code.

It’s time to move beyond this tedious process by taking a code-based approach to design. Once you think about the challenges of image-based design and then adding just interactions, it quickly becomes obvious that your team needs a better way to create products that users will love.

These steps can take weeks or months to complete. Even when you use a tool like Avocode and Anima to turn PSD, Figma, and others that turn designs into code, you still need relentless prototype and product testing to ensure that all interactions work as they were designed.

You still need to deal with unnecessary steps because Avocode and Anima can only convert designs into code. They do not offer a designing environment that can use code components on the prototyping phase to start with the code approach first.

Not surprisingly, the serpentine process of passing work between product managers, designers, and developers quickly becomes expensive. In the United States, website developers with associate’s degrees can expect to earn about $35.46 per hour (€ 29.5). The longer development and prototyping take, the more it costs to bring the product to market.

Without code-based design, though, the process will always involve backtracking and repeating steps. It’s clear that the design to code handoff process wastes time and money.

Popular website designer Matthew Strom found that he could streamline his process by designing with code instead of starting with static images. While building a new homepage for WSJ. Magazine, he found that working with code was often more straightforward and rewarding than taking a vector-first approach. He discovered that the old process became sluggish as he created more images.

Thankfully, Strom knows enough code to build a complicated homepage without relying on design tools for every step. Unfortunately, few designers have the experience to create digital products from code.

You can improve the design to development process slightly by encouraging your designers to learn basic code. Knowing the fundamentals of HTML and CSS gives designers a shared understanding that helps them anticipate the needs of developers. It makes the process even better when designers know some front-end JavaScript and Ajax because it gives them insight into how much work it will take developers to turn their static designs into interactive components.

Some coding experience also helps designers understand the limitations of development. It can make a huge difference when graphic designers have a baseline understanding of what developers can and cannot do.

However, the code to design approach doesn’t mean that a designer must know all of that. It’s enough to sync developers’ repo where they store UI code components with the design tool editor to empower designers to use the production-ready parts in their designs. Not only is it faster but also much more consistent with the design standards. Thanks to this you can avoid all the reviewing and repetition stages in the whole product development process.

Without a code-based approach to design, you end up with prototypes that don’t function as anticipated, which inevitably means you end up wasting even more resources.

Recommended reading: Why Your Team Needs to Take a Code-Based Approach to Design

A tool that enables having your UI code components imported to a design library is much more efficient than the one that converts an image to code. UXPin Merge bridges the gap between designers and developers by giving everyone a common language. A simple tutorial shows how designers can import existing React components into UXPin’s editor through Merge technology. 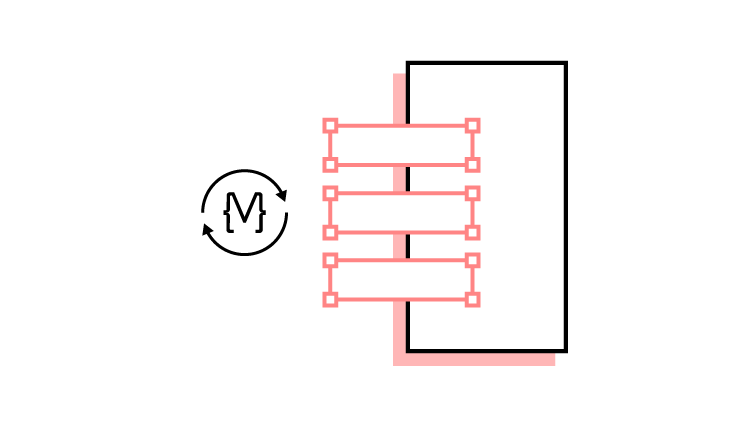 Instead of interpreting image-based designs and turning the ideas into code, developers just take the components that were used in a design from their library to build ready products.

As the code-powered prototypes already behave like a final product, there’s no need for additional reviewing steps – the result of developers’ work will be pixel-perfect to the designers’ work.

You need to meet the project manager’s specifications before you embark on turning a prototype into a product you can release. UXPin Merge gives your team members an opportunity to test the functionality of interactive components before committing to a development process. With UXPin Merge, though, it’s often difficult to tell the difference between the prototype and the finalized product. That’s how strong initial testing becomes when you build digital products with code and use real data to test interactions.

Request access to UXPin Merge for code-based designing and prototyping

You don’t have to continue the tedious process of building products from a design-first perspective. Shorten your go-to-market process, improve collaboration between departments, and take control of your designs by requesting access to UXPin with Merge technology.