What is a Mockup: The Final Layer of UI Design

Wireframes are the skeleton. Prototypes demonstrate the behavior. Mockups are the skin.

In this article, we’ll explain why mockups are just as important as wireframes and prototypes, and how to choose the right method.

What is a Mockup?

Typically mid to high fidelity, mockups reflect the design choices for color schemes, layouts, typography, iconography, the visuals of navigation, and the overall atmosphere of the product.

In addition to setting aside time to answer the important visual questions, mockups have several other benefits:

In the design process, mockups come at the end of the lo-fi phase and the beginning of the hi-fi phase. This could mean different things for different methods — for example, a mockup could be made immediately after wireframing, or could be postponed until after some lo-fi prototype testing.

We also recommend testing when transitioning from lo-fi to hi-fi, however. Big picture concepts like navigation and flow are harder to change in high fidelity, and so should be iterated before you dive into a hi-fi mockup. 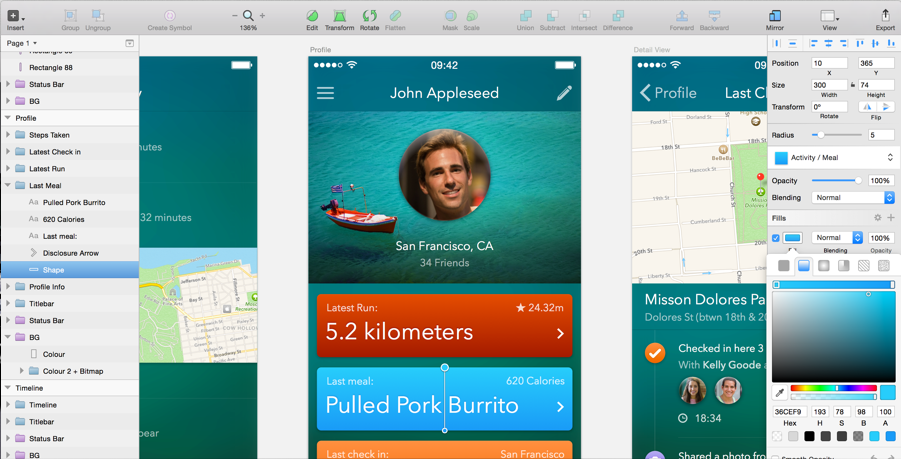 As explained in the free Guide to Mockups, keep these tips in mind:

Next, we’ll look at what specific fields the mockup tackles.

Anatomy of a Mockup

In the simplest terms, the anatomy of a UI mockup should be identical to the makeup of the page it represents. That means during the mockup phase, you should consider:

We can divide mockups tools into three different types — graphic design software, mockup apps, and coded mockups — each with their own advantages and disadvantages.

Because of the emphasis on visuals, some designers prefer to build mockups in the graphic design software they’re most familiar with. Software like Photoshop is built to create pixel-perfect images.

The downside is that these programs don’t allow you to add interactions to your mockups (which is why we decided to integrate with Photoshop and Sketch).

The other downside is that you need to know how to use the software, which is usually complex since it’s designed for more visual manipulation than just creating mockups. Unless your mockups require the highest fidelity possible, graphic design software can be overkill.

Tools created specifically for digital product design, like our app UXPin or Sketch, build upon existing experience with classic tools like Photoshop. 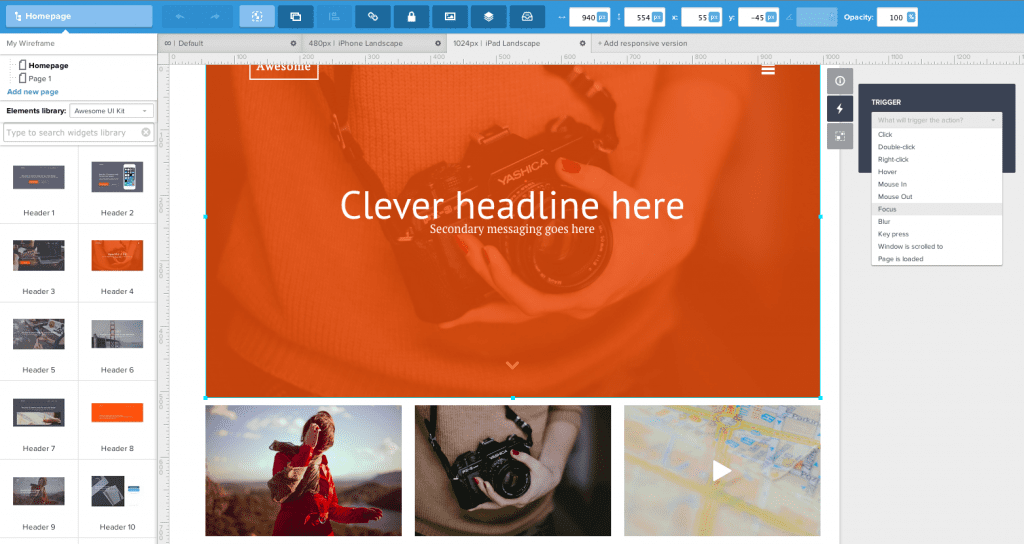 Coded mockups are an efficient way to save time and resources provided you’re technically confident. There’s also no surprises later on — if a visual element cannot be created in code, it is simply fixed right then and there.

Unless you’re extremely proficient, you’ll likely be able to explore more concepts in a specialized tool than in code.

Collaborating with Developers on Mockups

UI mockups are one of the most important documents for developers because it’s where they determine how to create the visuals, or even if they’re possible. Here are some tips to help smooth the collaboration and handoffp rocess:

For a more thorough treatment of mockups — as well as wireframes and prototypes — download the free UX Design Builder’s Bundle.

The bundle contains our popular Guide to Mockups, a complete ebook full of best practices for UI mockups.

You also get the Guide to Wireframing and The Ultimate Guide to Prototypes for a total of 350 pages. The advice draws from real examples from companies like Google Venture, Apple, and others.